To fully master and understand Docker, The networking part is a must to learn, that’s why on this article i will explain for you the unique networking approach that docker follows and list for you the networking types you can use, how they works and finally we will go through some practical examples.

Once you launch a Docker container, Docker assigns it directly a network interface and  an IP address with a default gateway and some other components of course like a routing table and DNS services. In the default state, all those addresses come from the same pool and all containers on the same host can communicate with one another. Of course this default behaviour is changeable and we can do that by defining the network to which the container should connect, either by creating a custom user-defined network or by using a network provider plugin which are pluggable using drivers. You can connect a Docker container to a particular network by using the –net switch when launching it.
The following command launches a container from the busybox image and joins it
to the host network. This container prints its IP address and then exits.

Docker offers five network types, each with a different capacity for communication with other network entities.

The container runs in a private network internal to the host. Communication is open to other containers in the same network. Communication with services outside of the host goes through network address translation (NAT) before exiting the host. (This is the default mode of networking when the –net option isn’t specified).

This is the same as Bridge Networking but uses a bridge explicitly created for this (and other)
containers. An example of how to use this would be a container that runs on an exclusive “database” bridge network.
Another container can have an interface on the default bridge and the database bridge, enabling it to communicate with both networks.

A container can share the address and network configuration of another container. This type enables process isolation between containers, where each container runs one service but where services can still communicate with one another on the localhost address.

This option disables all networking for the container.

If you run the command ip addr on a host (or ifconfig -a if your host doesn’t have the ip command available), you will see information about the network interfaces.

If you run the same command from a container using host networking, you will see the same information:

In another terminal connected to the host, run the ip addr command. You will see the corresponding interface created for the container. In the image below it is named veth1aac59@if26. Yours will be different.

By default, the Docker container can send traffic to any destination. The Docker daemon creates a rule within Netfilter that modifies outbound packets and changes the source address to be the address of the host itself. The Netfilter configuration allows inbound traffic via the rules that Docker creates when initially publishing the container’s ports.

The output included below shows the Netfilter rules created by Docker when it publishes a container’s ports. 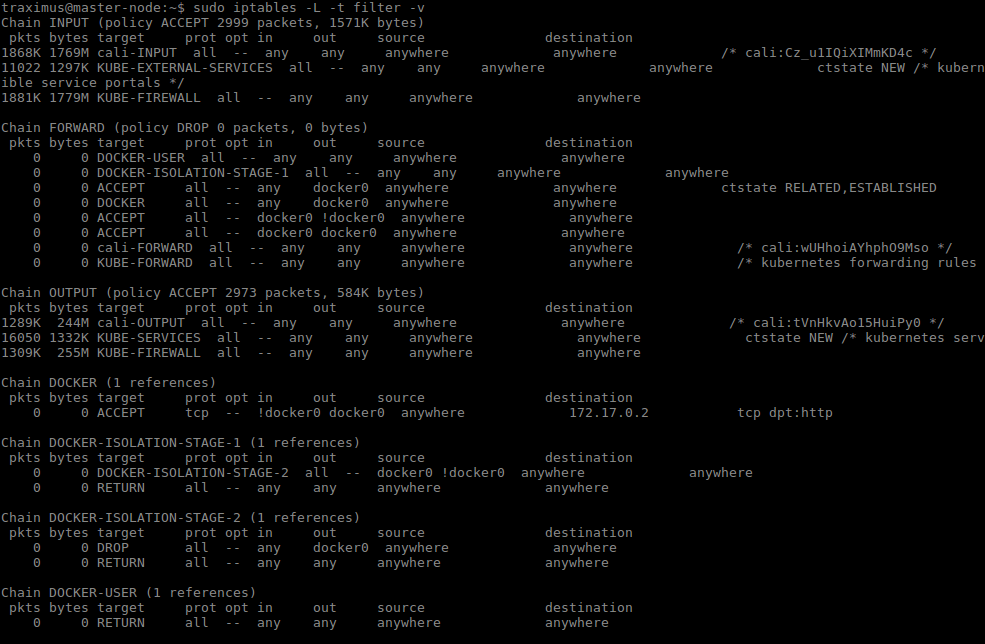 To create a custom bridge network and two containers that use it, run the following commands:

This mode is useful when the container does not need to communicate with other containers or with the outside world. It is not assigned an IP address, and it cannot publish any ports.

I hope that everything i clear until now, we discussed all docker networking types, how they works, what is the need of every type and when you should use it and finally, how to create the network you need. On the next article we will talk about the communication between two containers or more.